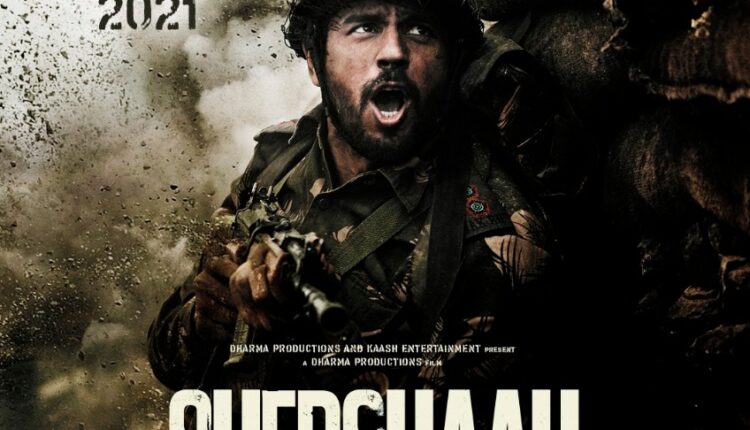 Mumbai: The makers of, Sidharth Malhotra and Kiara Advani’s upcoming film Shershaah, on Saturday announced that the film will hit the big screens on July 2 this year.

Producer Karan Johar announced the release date on Twitter along with two posters of the film featuring Sidharth as Captain Vikram Batra.

The larger than life untold true story of Captain Vikram Batra (PVC) is ready to be unravelled on the big screens. We’re honoured to be showing this journey – #Shershaah in cinemas on 2nd July, 2021, starring Sidharth Malhotra & Kiara Advani. Directed by Vishnu Varadhan. pic.twitter.com/B0xFOronlY

While one poster shows Sidharth in an army uniform, in the middle of action along with any other soldiers, another gives a closer look at the actor.

Shershaah went on floors in May last year and a few months later, in September.

The film is a biopic of Kargil hero Captain Vikram Batra who went by the code name Shershaah. He had laid down his life in the service of the nation during the Kargil War of 1999. The captain was posthumously awarded the Param Vir Chakra, India’s highest military award.

Made under the banner of Karan Johar’s Dharma Productions, the film is directed by Vishnu Varadhan.