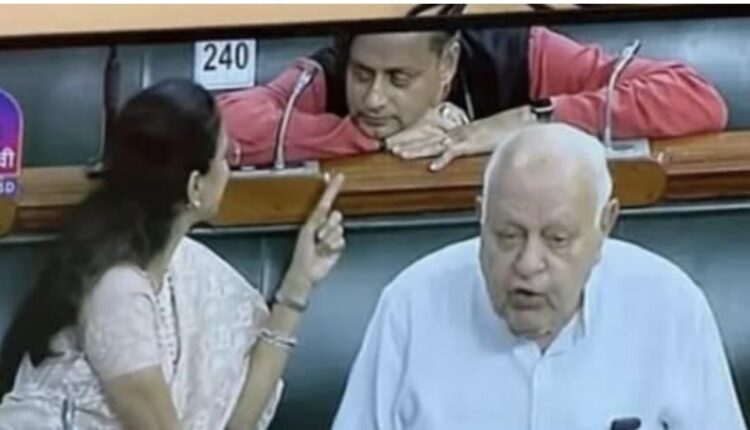 New Delhi: Congress MP Shashi Tharoor has reacted to his viral video with Supriya Sule in the Lok Sabha which has become a top-tier meme content on social media.

As shown in the video, Farooq Abdullah was giving his speech inside the Lok Sabha when Nationalist Congress Party Supriya Sule and Shashi Tharoor engaged in what seemed to be a deeply engrossing discussion. Shashi Tharoor leaned over to Supriya Sule to listen to what she was saying.

The video has generated several memes and also a comment from Shashi Tharoor who is quite sporting with social media fun and banter. Addressing all those who have been enjoying at the ‘expense of’ his and Supriya Sule’s exchange, Shashi Tharoor clarified that the NCP MP was asking him a policy question because she was about to speak next, Since they did not want to disturb Farooq Abdullah who was speaking at that time, he leaned over to hear her. “Kuch to log kahenge,” the Congress MP said tagging Supriya Sule.

“For all those who’ve been enjoying themselves at @supriyaSule’s &my expense over our brief exchange in the Lok Sabha, she was asking me a policy question because she was about to speak next. She was speaking softly so as not to disturb FarooqSahib, so i leaned over to hear her,” Tharoor tweeted after meme-makers had a field day.

It was a great speech by Farooq Abdullah. Must listen for everyone. @ShashiTharoor pic.twitter.com/STQe0yulxG