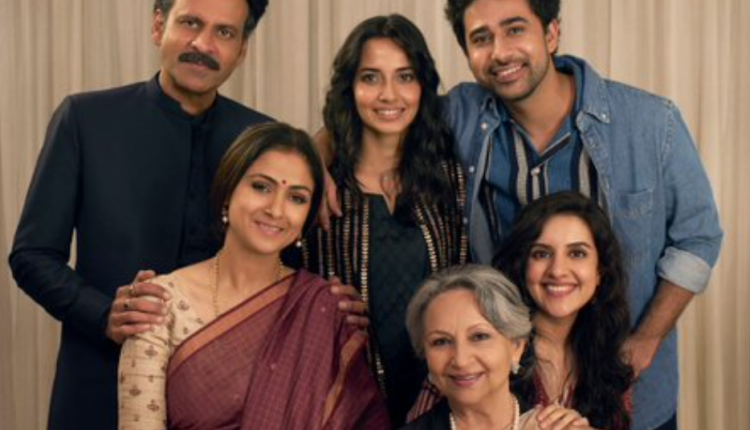 Reportedly, Tagore is all set to make her comeback. She will be seen in Rahul Chittella’s Gulmohar co-starring National Award-winning actors Manoj Bajpayee and Amol Palekar.

In the film, Tagore will essay the role of a matriarch of the Batra family. It revolves around the family, who after 34 years, is set to move out of their ancestral home. As they take this big step, they re-discover their familial bonds.

Weight-Free Exercises To Tone Your Arms

Breaking
Odisha continues to impress at Khelo India Youth Games 2022 Railways Focusing To Upgrade Ticketing Capacity From 25,000 To 2.25 Lakh Per Minute: Vaishnaw I will return to live in Barcelona, it's my home: Messi Centre Allocates Rs 10,000 Cr For Growth Of Railways In Odisha MCL Introduces Drone Technology In Coal Mines Armed Maoists Evade Arrest In Kalahandi Forest Balasore Sub-Collector Injured In Attack By Sand Mafia  "No Faith In Odisha Police”: LoP Jayanarayan Gives Up PSO Odisha DGP Opens Up On Naba Das Killing, Says Central Experts To Be Roped In Centre To Clear Names Of Five Judges Recommended By Collegium For Appointment In Supreme Court
Sign in
Sign in