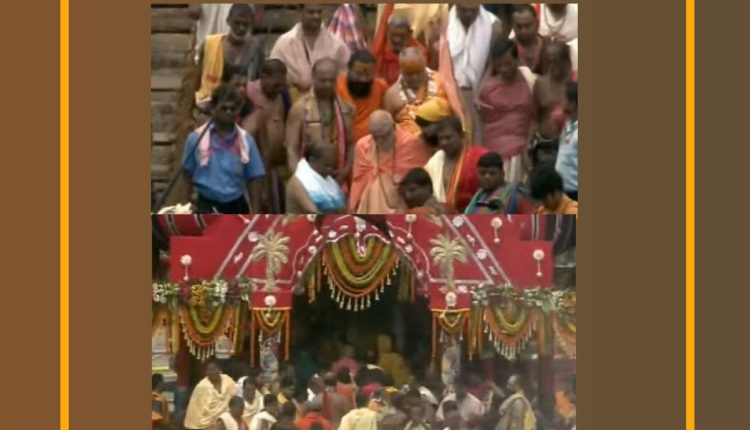 Puri: Shankaracharya Swami Nischalananda Saraswati today had darshan of Lord Jagannath and His siblings atop their respective chariots.

The sevayats paid him due respect during the entire process. After paying obeisance to the deities, he waved at the people and then left the venue.

After the completion of ceremonial Pahandi ritual in which the deities were taken to their chariots by the servitors, the Shankaracharya visited the three chariots – Nandighosh of Lord Jagannath, Taladhawaj of Lord Balabhadra and Debadalan of Goddess Subhadra and had darshan of the deities.

Elaborate security arrangements have been made for smooth conduct of the annual event.