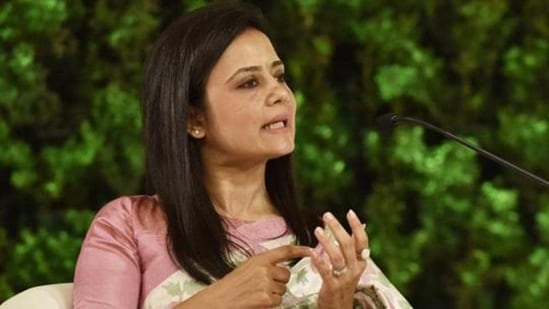 New Delhi: Trinamool Congress’s Mahua Moitra on Saturday was among the many opposition leaders who lashed out at the government amid reports that the central government had ordered YouTube and Twitter to take down posts relating to the BBC’s two-part documentary – “India: The Modi Question”. Her party colleague and MP Derek O’Brien had earlier on Saturday alleged censorship, saying that one of his tweets in this regard was deleted. In her tweet, Mahua Moitra said: “Govt on war footing to ensure no one in India can watch a mere @BBC show. Shame that the emperor & courtiers of the world’s largest democracy are so insecure. (sic)”.

Earlier this week, Ministry of External Affairs spokesperson Arindam Bagchi had called the documentary, after the first part was released, a “propaganda piece” , which was designed to “push discredited narrative”. The BBC, however, in response to the criticism has said it was “committed to highlighting important issues from around the world”, adding that they did not get a reaction earlier when it was sought.

Earlier on Saturday, Derek O’Brien had said that one of his posts were deleted by Twitter. “CENSORSHIP. Twitter India HAS TAKEN DOWN MY TWEET of the #BBCDocumentary, it received lakhs of views. The 1-hour BBC documentary exposes how PM Narendra Modi HATES MINORITIES. Also see flimsy reason given. Opposition will continue to fight the good fight (sic),” the Rajya Sabha MP had alleged.

Mahua Moitra went to share an archived link as she tweeted: “Sorry, Haven’t been elected to represent world’s largest democracy to accept censorship.”

‘Support Importance of Press Freedom’: US on BBC Documentary Ban in India