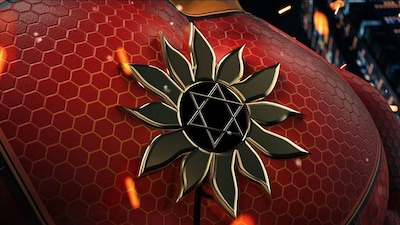 Mumbai: Shaktimaan is set to make his way to the big screen, Sony Pictures India announced on Thursday. Fans will be treated a trilogy based on the Indian superhero.

The original Shaktimaan TV series aired for eight years on DD National, and Sony Pictures India has partnered with the show’s original producer Mukesh Khanna’s Bheeshm International and Brewing Thoughts for the upcoming movies. Khanna portrayed the role of Shaktimaan in the original series.

On Thursday, Sony Pictures India announced the film on the Indian superhero and shared the first teaser.

The one-minute video shows a glimpse of the earth and then a busy street. It’s followed by the words, “As darkness and evil prevail over humanity, it’s time for him to return’. And soon, the Shaktimaan symbol comes up and we get a glimpse of our superhero. While the face of Shaktimaan is not revealed, makers do give a sneak peek of the ‘most popular and loved superhero’. The costume and physique of the ‘people’s hero’ seem to have evolved and matches up to the many action stars on screen.

Mughal Gardens To Open For Public From Tomorrow