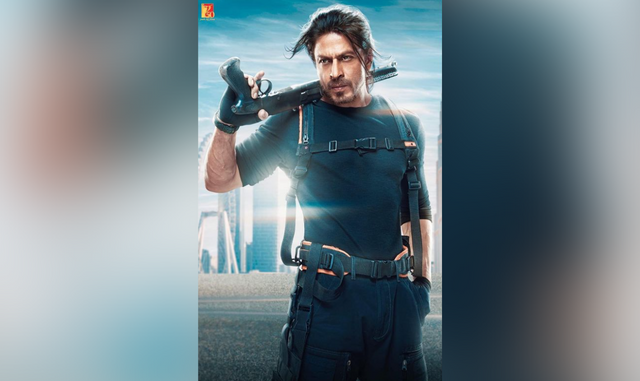 New Delhi: Shah Rukh Khan shared a new poster from his much-awaited film Pathaan. The film is all set to hit the theatres on January 25, 2023, in Hindi, Tamil, and Telugu. The film also starrs Deepika Padukone and John Abraham in the lead.

Check Out The Poster Below:

In the new power-packed poster, Shah Rukh is seen holding onto a rifle as he flaunted a rugged avatar. Talking about King Khan’s look in Pathaan, Siddharth said that he wanted to make SRK the symbol of alpha and machismo.

Apart from Pathaan, Shah Rukh will also be seen in his upcoming film Dunki, directed by Rajkumar Hirani. He also has Atlee’s Jawan in the pipeline alongside Nayanthara.