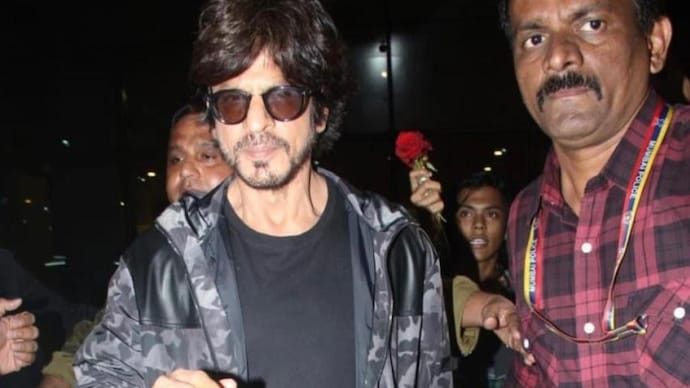 Mumbai: Shah Rukh Khan, who will soon be seen in Rajkumar Hirani’s Dunki, shot for the film in Saudi Arabia’s Jeddah. He also attended the Red Sea Film Festival. Videos of him working his magic on fans during the event went viral. Now, King Khan is finally back in India. He was spotted at the Mumbai airport as he returned home. The star looked cool and stylish in equal measure.

Shah Rukh along with his manager was seen walking past the arrival gate. Several fans also gathered around them, as they walked towards their car.

The Last Of The Stars 🌟

More pictures of #ShahRukhKhan from the airport today 📸 pic.twitter.com/edWkvVf9xe

Dunki is being produced under the JIO Studios, Red Chillies Entertainment and Rajkumar Hirani Films banners. The film is due for theatrical release on December 22, 2023. Apart from Shah Rukh Khan and Taapsee Pannu, the film will also star Boman Irani. Besides Dunki, Shah Rukh Khan has Siddharth Anand’s spy thriller Pathaan and Atlee’s masala entertainer Jawan lined up for release in 2023. This means he will be seen on the big screen thrice in 2023. It remains to be seen whether these films help him bounce back from the lacklustre response to Zero.