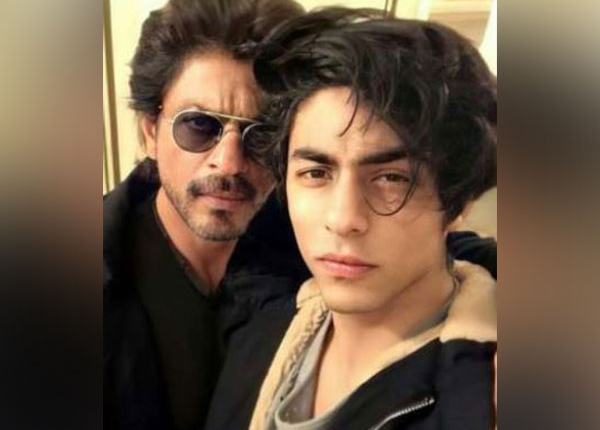 Mumbai: Shah Rukh Khan and Gauri Khan’s son Aryan Khan is set to make his showbiz debut. He took to social media to announce that he has wrapped up his debut script and ‘can’t wait to say action’. Aryan Khan’s writing project is backed by Shah Rukh Khan’s Red Chillies Entertainment.

He revealed that he completed the writing of his first project. Aryan shared a picture that shows the script and a clapboard with “Red Chillies Entertainment” written on it. It seems Aryan is set to enter the film industry as a director, as in the caption, he wrote, “Wrapped with the writing…can’t wait to say action (camera emoticon). Soon after he shared the post, his parents Shah Rukh and Gauri Khan cheered for him in the comment section.

Father Shah Rukh Khan wrote, “Wow….thinking…believing….dreaming done, now onto dare….wish you the best for the first one. It’s always special….”

But the conversation didn’t end there. Aryan Khan replied to SRK’s comment saying, “Thank you! Looking forward to your surprise visits on set.” Shah Rukh, who is known for his wit, wrote,”then better keep afternoon shifts!! No early mornings.” 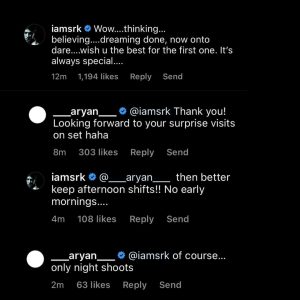 As of now, the project is set to go on floors in 2023. While Aryan makes his directorial debut next year, sister Suhana Khan is also set to make her acting debut. Suhana will be seen in Zoya Akhtar’s next, ‘The Archies’ which will release on Netflix.