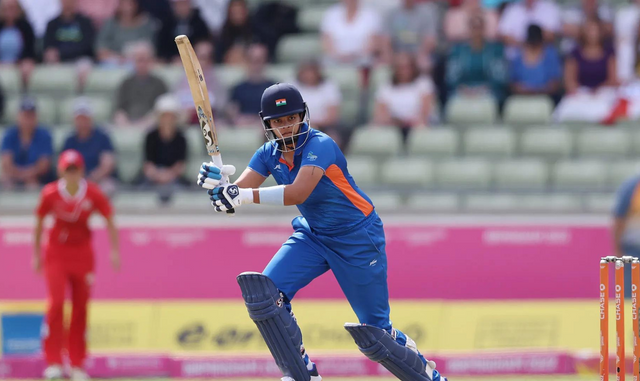 Opener Shafali Verma will lead the India side in the inaugural ICC Under-19 Women’s T20 World Cup, which begins in South Africa next month.

Verma, who will turn 19 midway through the tournament, is already a well-known name in international cricket. She was 15 when she made her debut in women’s T20Is in September 2019, and was later selected to play in the ICC Women’s T20 World Cup 2020 in Australia.

Verma was the breakout star for India in the tournament as they ended up as runners-up, losing to Australia in the final at the MCG. She was India’s highest run-scorer in the tournament with 163 runs in five innings at a strike-rate of 158.25 and was responsible for giving the team a number of explosive starts.

She briefly also held the position of the No.1 batter in the MRF Tyres ICC Women’s T20I rankings. She has since been a vital cog in the senior Indian set-up, slowly establishing herself in both white and red-ball cricket. Verma has represented India in 69 internationals, scoring 1864 runs, including 11 fifties.

Another familiar name in India’s junior team is wicket-keeper Richa Ghosh. The 19-year-old made her international debut in early 2020, and like Verma, has established herself firmly in the senior side.

Sixteen teams have been divided into four groups. India will play their first match on the 14th against South Africa. Scotland and United Arab Emirates are the other two teams in their group.

India will also play a five-match T20I series against South Africa as a part of their World Cup preparation from 27 December 2022 to 4 January 2023.