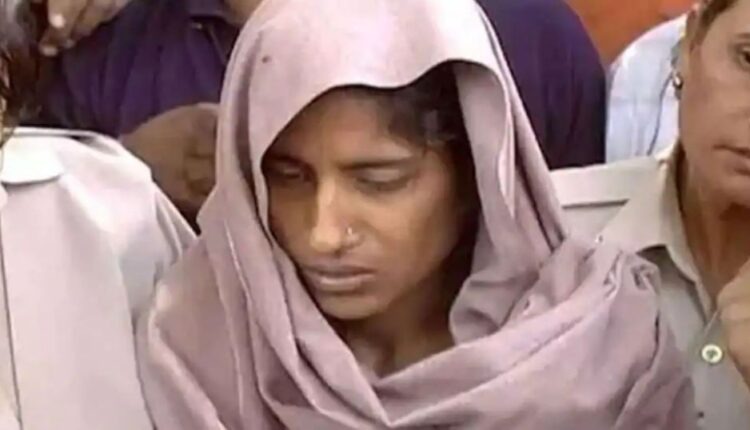 Lucknow: Uttar Pradesh’s Shabnam, who is one of the two convicts in the Amroha murder case, will be the first Indian woman who will be hanged to death after India’s independence.

The Mathura Jail administration has already started preparations to hang this Uttar Pradesh resident who was found guilty of murdering seven members of her family.

Meerut’s hangman Pawan Jallad, who also carried out the execution of the 2012 Delhi gangrape and murder case convicts, has been asked to put Shabnam to the gallows.

It has been reported that the Mathura Jail administration has also ordered the rope used for hanging death row convicts.

The incident dates back to 2008, when Shabnam along with her lover Saleem, had axed to death seven of her family members on the intervening night of April 14/15. Shabnam used to live with her family in Amroha. Shabnam and Saleem were having an affair and wanted to get married. However, Shabnam’s family was opposed to their marriage so the duo planned the brutal murder.

She was arrested on April 19, 2008, five days after the sensational murders, along with her lover Salim.

During the investigation, it was found that Shabnam had abetted Saleem in the crime as she made her family members drink milk laced with sedatives before hacking them to death. She didn’t even spare her little nephew who was strangulated to death. On the day of judgment, the court heard the statements of as many as 29 witnesses. The 160-page order was passed after all witnesses were asked to answer 649 questions related to the case.

The District and Sessions Court sentenced the duo to death on July 14, 2010. In 2010, the duo challenged the Sessions court’s verdict in the Allahabad High Court. The HC too upheld the death sentence.

Shabnam and Saleem then approached the Supreme Court but the top court upheld the death sentence in 2015. Since all legal options had been exhausted, Shabnam then filed a mercy plea before then President Pranab Mukherjee which was rejected too.