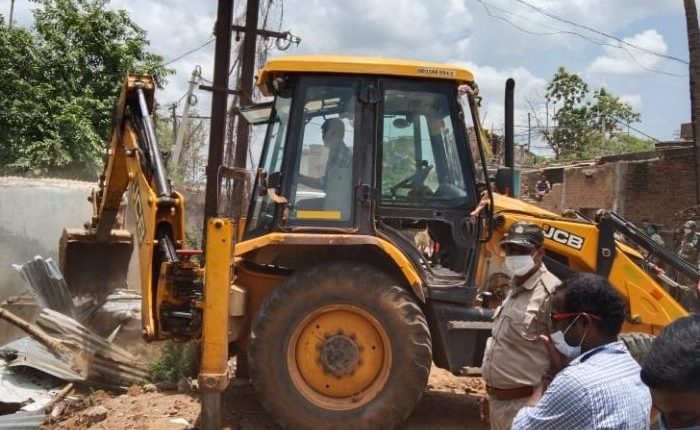 Bolangir: In its ongoing drive against encroachments, a team of Tusura Notified Area Council in Bolangir on Monday razed down ​the ​illegal portion​s​ of several houses developed on government land near Khadra village.

According to NAC officials, they had informed the house owners about ​demolishment of the illegal portion of their ​houses but many residents opposed the move.

“In order to construct the bridge on Khadra river,  a year ago the administration had felled huge trees which were grown on both sides of the road and after that government plots were demarked. The illegal portion of the houses will act as barriers in the construction of the bridge,” an NAC official said.

“There are many other houses which are constructed without permission and NAC will take action on such structures as well in the coming days,” the official added.

Some locals also protested during the demolition citing that they were not informed before the demolition work. The dwellers also demanded that the demolition be stopped immediately, insisting on adequate rehabilitation. Local police and PWD officials who were present along with the squad tried to pacify the dwellers.