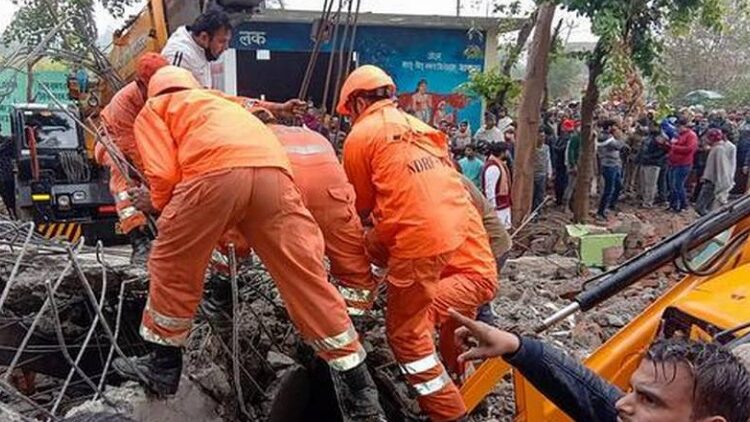 Bhubaneswar/Ghaziabad: While the roof of a shed at a crematorium in Muradnagar town of Ghaziabad, Uttar Pradesh, collapsed on Sunday, Odisha Chief Minister Naveen Patnaik expressed grief over the demise of dozens of people.

“Deeply saddened by the tragic loss of so many lives due to roof collapse in a cremation ground in Uttar Pradesh’s Muradnagar. Wish the bereaved families have courage to overcome the irreparable loss and pray for the speedy recovery of the injured,” tweeted the Odisha CM.

Local sources said the incident took place after the victims, who were attending the funeral of a local fruit merchant, took shelter in the shed due to heavy rain.

Later in the evening, an FIR was registered against government officials and a contractor for culpable homicide, not amounting to murder. Executive Officer of Muradnagar Nagar Palika, Niharika Singh, was among those booked. The shed was built by the Nagar Palika a couple of months ago.

The FIR also named junior engineer Chandrapal, Ashish, supervisor and contractor Ajay Tyagi. Sections 304, 337, 338, 427, and 409 of the IPC have been invoked against the accused in the FIR lodged on a complaint filed by one Deepak who lost his father in the incident.