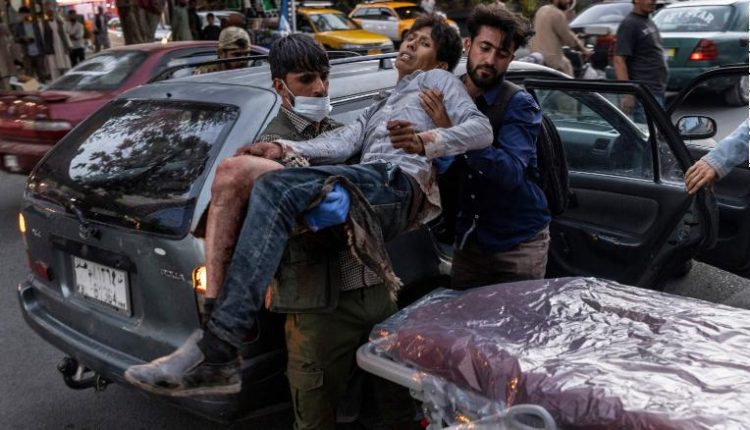 Washington: At least 60 Afghans and 13  US troops were killed in two bombing attacks outside Kabul’s airport, according to the Pentagon and Afghanistan’s Ministry of Public Health.

The deadly blasts came as the United States and other Western countries raced to complete a massive evacuation of their citizens and Afghan allies following the Taliban takeover of the country.

Video shot by Afghan journalists showed dozens of bodies strewn around a canal on the edge of the airport. At least two blasts rocked the area, witnesses said.

ISIS in Khorasan, known as ISIS-K, has claimed that an ISIS militant carried out the suicide attack, but provided no evidence to support the claim.

ISIS said one of its suicide bombers targeted “translators and collaborators with the American army”.

US officials have said the group was likely behind the attack, and Biden on Thursday announced that he had ordered US military commanders “to develop operational plans to strike ISIS-K assets, leadership and facilities.”

Western countries fear that the Taliban, who once sheltered Osama bin Laden’s al Qaeda, will allow Afghanistan to turn again into a haven for militants. The Taliban say they will not let the country be used by terrorists.