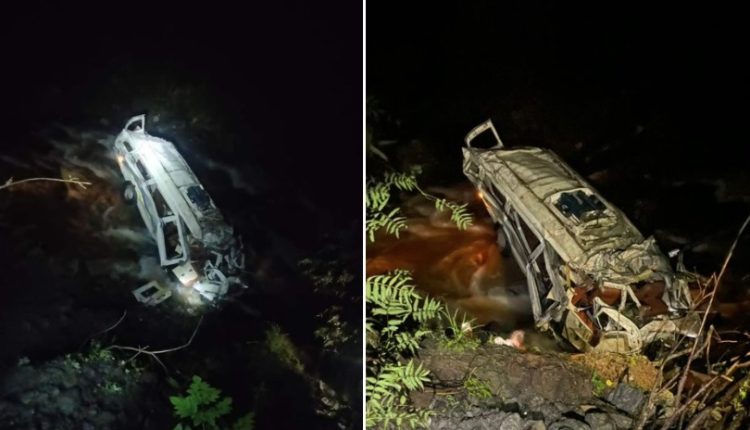 Shimla: As many as Seven tourists were killed while 10 others sustained injuries after the tempo they were travelling in fell into a gorge in Himachal Pradesh’s Kullu district.

The victims were residents of various states including Rajasthan, Madhya Pradesh, Haryana and Delhi.

According to reports, the incident occurred at around 8:30 pm on NH 305.

The injured are reportedly undergoing treatment at Kullu hospital after being given first aid.

Ashutosh Garg, Deputy Commissioner of Kullu District said that there were 17 people travelling in the vehicle, including the driver.