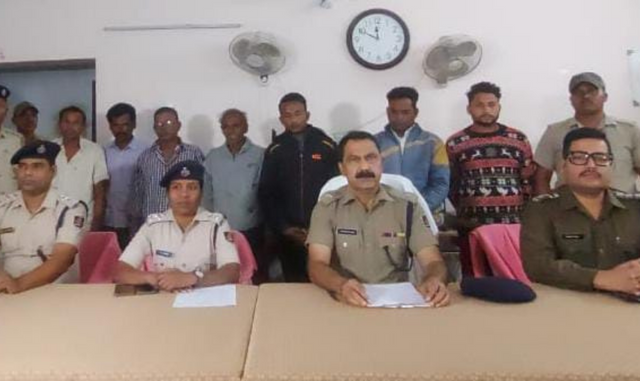 Sonepur: As many as seven persons have been arrested by Sonepur Police on Tuesday on the charges of duping Bank of Baroda by mortgaging duplicate gold ornaments and taking loans from the bank.

Addressing a presser here today, Sonepur Superintendent of Police, Amaresh Panda informed that within two years the fraudsters managed to dupe the bank to the tune of Rs 52,83,100 – between 2019 and 2021.

According to the police, a total of 11 persons were booked for the gold loan fraud and of them, only seven accused persons, including a goldsmith who had knowingly certified the fake ornaments, have been arrested so far. All seven accused have been forwarded to court today.

The accused had managed to take 65 different gold loans by mortgaging fake ornaments, made of brass from the Bank of Baroda branch in Sonepur.

“Out of the 11 accused persons, seven have been arrested.” SP Amaresh Panda said adding that an investigation is underway to trace the involvement of any bank officials if any.