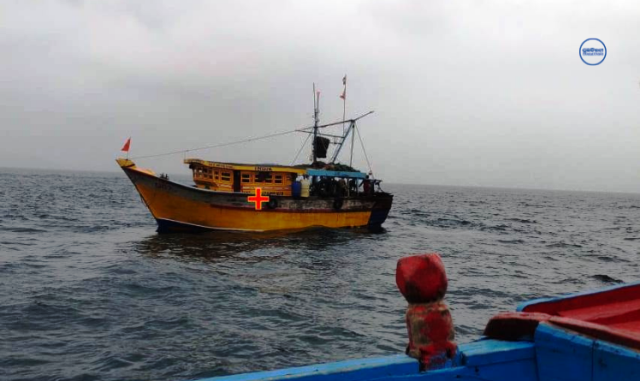 Chhatrapur: Seven fishermen from Andhra Pradesh have been detained for fishing in a prohibited area near Rushikulya river mouth in Odisha’s Ganjam district, an official said on Thursday.

To ensure the safety of Olive Ridley Sea Turtles during their breeding and mating season, the state government has clamped a seven-month fishing ban within 20 km from the coast at the river mouths of Rushikulya, Dhamra, and Devi.

A patrolling team led by Khallikot Ranger Siddharth Shankar Sahu spotted the fishermen in the no-fishing zone around 7 km away from the coast today and seized the trawler while seizing 340 kg of fish.

The fishermen, hailing from Vishakapatnam in Andhra Pradesh, were handed over to the fisheries department for action under the Orissa Marine Fishing Regulation Act (OMFRA), 1982.  Besides, the seized fish was auctioned to the local Gangadevi and Tumbeshwar self-help groups for Rs 14,700, the official added.

It is worth mentioning here that the Rushikulya river mouth is considered the second biggest rookery for the endangered Olive Ridley Sea Turtles after Gahiramatha in Kendrapara district.

Third Dose Of Astrazeneca Vaccine Is Effective Against Omicron: Study