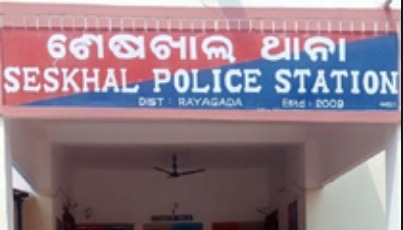 Rayagada: Seskhal Police rescued a Plus II girl student, who was allegedly abducted by a youth, from Andhra Pradesh within 24 hours of the complaint.

According to available information, one P Uralu hailing from Brahmanihalua village under Seskhal Police Station limits, lodged a written complaint with the police alleging that his 19-year-old daughter has been abducted by one Ajala Bansi, of Jimidipeta Malasahi.

Following the complaint, a team swung into action and traced the girl in Sitanagar under Vizianagaram district of Andhra Pradesh, informed Seskhal PS IIC Bijayalaxmi Hikaka.

The police team today reached the location in the neighbouring state today and took the youth and the girl into custody. While the girl was handed over to her family, the youth was detained for further interrogation.

A case (14/21) has been registered under Section 363 of the IPC and further probe is underway, said the Seskhal PS IIC.