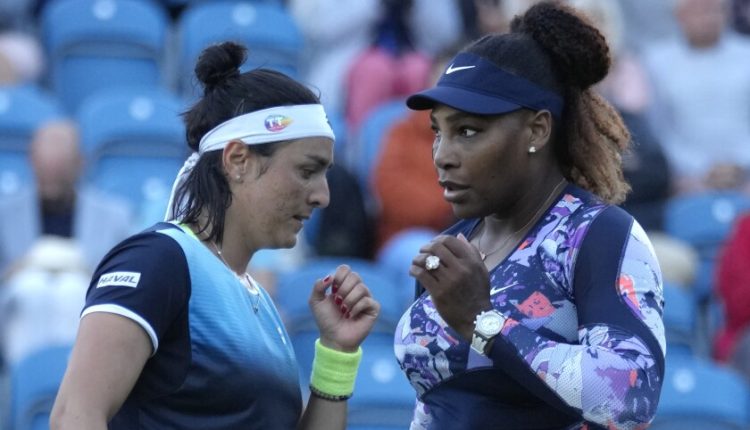 Eastbourne: Serena Williams’ campaign at Eastbourne came to an end after a right knee injury to her doubles partner, Ons Jabeur, led them to withdraw from the grass-court event.

They were scheduled to play Magda Linette and Aleksandra Krunic in the semifinals.

Williams and Tunisia’s Jabeur defeated Shuko Aoyama and Chan Hao-ching 6-2, 6-4 in the quarter-finals of the Wimbledon warm-up event at Devonshire Park.

Williams is making her comeback after nearly a year away from tennis.

The 23-time Grand Slam singles champion has received a wild-card entry to play in the singles tournament at Wimbledon, which starts on Monday.