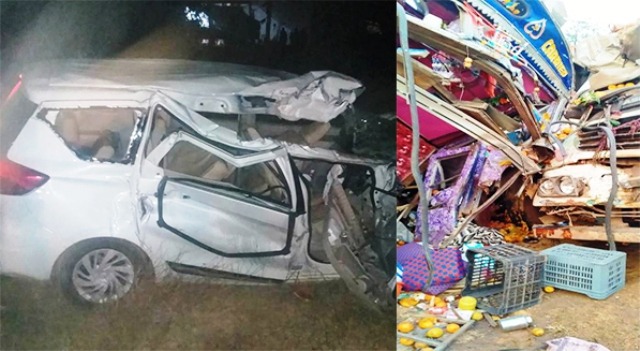 Deogarh: One person was killed and eight injured including two severely in two separate road mishaps in Deogarh along the NH 49 on Wednesday evening.

The other accident took place at Kurad village when a car rammed into a truck in the evening. All the occupants had come for feasting at Pradhanpat in Deogarh. They have come from Bhushan plant in Jharsuguda.

The car was completely destroyed following the devastating accident. The injured were sent to Burla hospital for treatment. The condition of Sanjay Kumar and Sani Pandey is stated to be serious.

Eight persons were injured and two of them were in severe condition. Deogarh police have seized the vehicles and cases were registered under different sections of law.