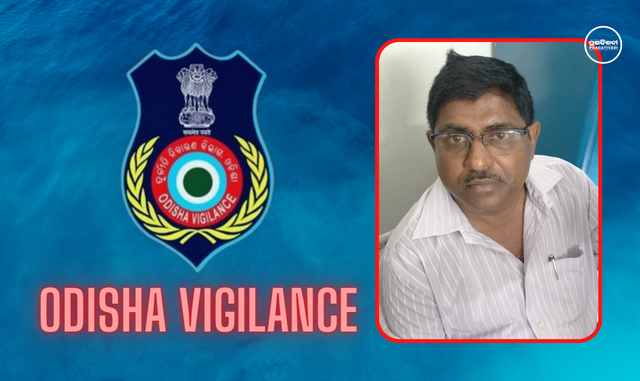 Berhampur: Vigilance sleuths on Friday arrested Senior Revenue Assistant of Hinjilicut tehsil in Ganjam district on charges of demanding and accepting bribe. The accused has been identified as N.Jagadish Rao.

According to reports, Rao had demanded bribe of Rs 10000 from a retired paramilitary person to process his mutation case record for issuance of RoR in favour of the complainant.

With no option left the victim informed the vigilance officials about the same. Acting on the complaint, the officials laid a trap and caught the official red-handed while accepting the bribe from the beneficiary.

IMD Warns Of Heavy Rain In Odisha For Next Five Days