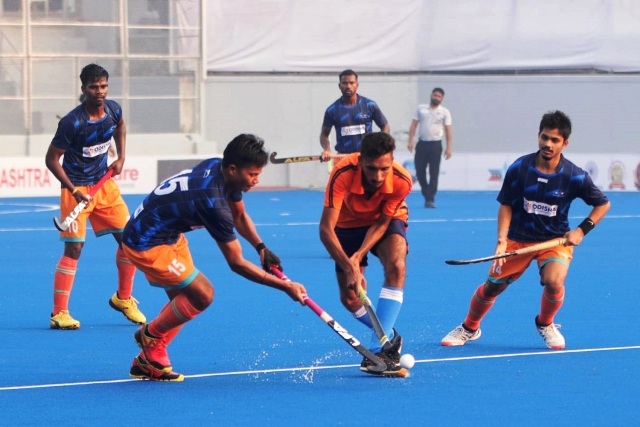 In Pool F’s second game of the day, Hockey Bengal overwhelmed Goans Hockey 8-0, with Raushan Kumar scoring an incredible five goals (2′, 4′, 53′, 54′,59′) in the encounter. Abhishek Pratap Singh (10′, 22′) and Santosh Baxla (19′) were also among the goals as Bengal wrapped up a comfortable three points.

In a hugely entertaining, back and forth encounter from Pool H, Hockey Bihar beat Chhattisgarh Hockey 4-2. Bihar established an early two goal cushion courtesy of goals from Subash Sanga (4′) and Samuel Topno (7′). In the 11th minute though Chhattisgarh halted what threatened to turn into a rout with a goal of their own via Nirmalkar Shukdev. From thereon though Bihar shifted gears, captain Mukesh Lakra slotting home a penalty stroke in the 12th minute before Sanga scored his second of the game in the 25th minute to extend their lead. Ali Arbaz scored Chhattisgarh’s second goal in the 60th minute but it proved too little too late as Bihar took home the points.