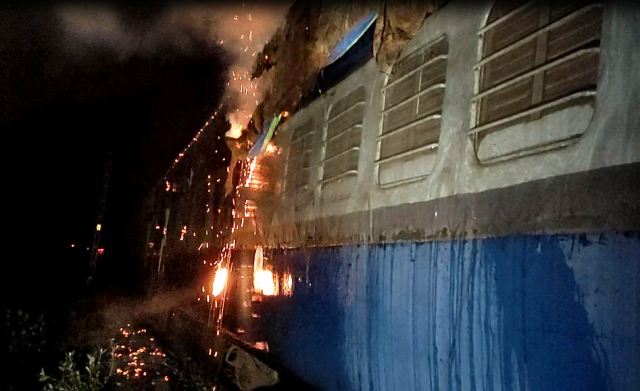 Selfie Turns Fatal: 14-YO Boy Charred to Death Atop Train in Odisha’s Paralakhemundi

Paralakhemundi: A 14-year-old boy was charred to death while clicking selfie by climbing atop a train at Paralakhemundi railway station. The deceased was identified as CH Surya Kumar.

According to reports, a train was parked at Paralakhemundi railway station for the past few days. Surya Kumar, a standard IX student, climbed atop the train bogey this evening to click a selfie. However, he accidentally came in contact with the high tension overhead wire and got electrocuted.

While Surya was charred to death on the spot, the train bogey also caught fire following the incident, sources said.

On being informed, Railway police, Paralakhemundi police and fire services personnel reached the spot and brought the fire under control. Later, the body was recovered and sent to the hospital for post-mortem.

Reportedly, the police are investigating the actual cause behind the unfortunate incident, sources added.