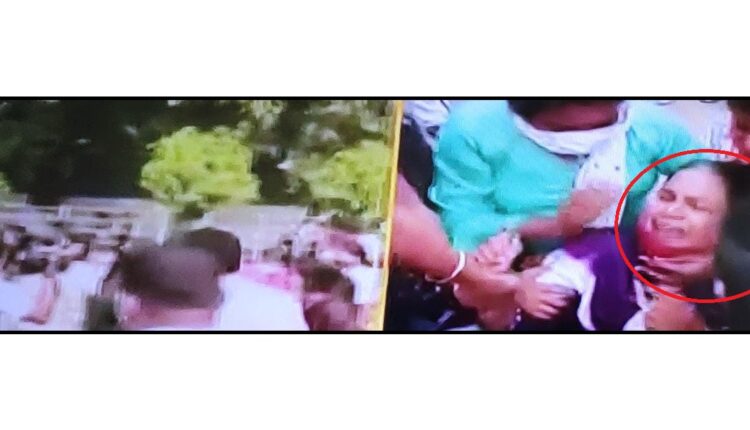 Bhubaneswar: Two of the Auxiliary Nurse Midwife (ANM) staff, who have been on dharna at Mastercanteen square in Bhubaneswar, attempted suicide here on Tuesday.

While the woman attempted self-immolation, she was rescued by her colleagues and c0-protesters who were present at the spot.

On being informed, police reached the spot to pacify the situation.

Large numbers of women staff members have been demonstrating here for regularisation of job.

It may be noted that the Odisha Government had engaged as many as 21,000 ANMs, staff nurses and Pharmacists temporarily to augment the health workforce for the smooth functioning of Covid Care Homes (CCH). They were appointed on a daily wage basis for a period of three months or till the CCHs are functional. The engagement was made during the rapid rise in Covid-19 cases in the State.