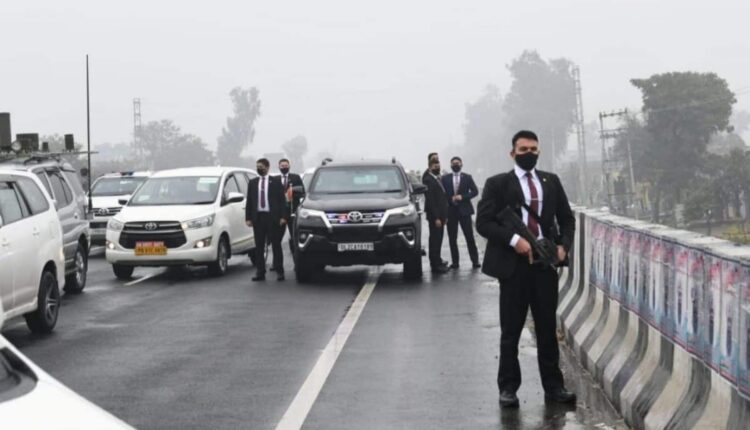 New Delhi: The Supreme Court on Friday ordered the protection of all travel records related to Prime Minister Narendra Modi’s recent visit to Punjab that was marred by an alleged security lapse leading to the PM’s returning to the airport without attending scheduled events.

A bench headed by Chief Justice of India N V Ramana directed the state of Punjab, including the police authorities, SPG and other central and state agencies to cooperate and provide necessary assistance to the Registrar General.

The bench, which also comprised Justices Surya Kant and Hima Kohli, said that the Director General of the Union territory of Chandigarh and an NIA official will assist the Registrar General (RG) in collecting the records and asked the RG to keep all records in his safe custody for the time being.

The apex court also asked the Centre and the state to hold further action by the committees they have constituted to inquire into the alleged lapses in security measures pertaining to the Prime Minister’s visit till it hears the matter again on January 10.

The Prime Minister’s Punjab visit was cut short earlier on Wednesday after a “major security lapse” as he was stranded on a flyover for 20 minutes due to a blockade by the protesters, prompting the Union Home Ministry to seek an immediate report from the state government.

The state government has also been asked to fix responsibility for this lapse and take strict action.