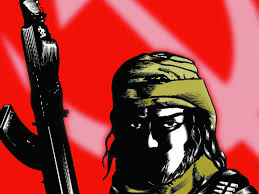 Malkangiri: Security forces busted seven Maoist camps and recovered a huge cache of explosives during a three-day-long search operation at Narayanpur and Kanker in neighbouring Chhattisgarh near the borders of Malkangiri district.

Acting on inputs about the presence of senior cadres of the Dandakaranya Special Zonal Committee (DKSZC) of Maoists in the forest on the tri-junction of Narayanpur and Kanker districts, a joint team of Special Task Force (STF), District Reserve Guard(DRG), Border Security Force (BSF) and Indo Tibetan Border Police(ITBP) jawans launched an operation following which multiple encounters took place between security forces and ultras in the hilly forests of Baramtola, Kudulpad, Kummachalmeta, Tekemetta and Kukur villages and seven Maoist hideouts were busted.

A DRG jawan was killed during an encounter near Kukur village on Wednesday while another DRG personnel sustained bullet injuries in a face-off near Tekmetta on Thursday.

A huge cache of arrow-bombs, tiffin bombs, pipe bombs, Maoist uniforms, banners, posters, documents and materials of daily use were recovered from the hideouts.

However, the rebels managed to flee from the spots.