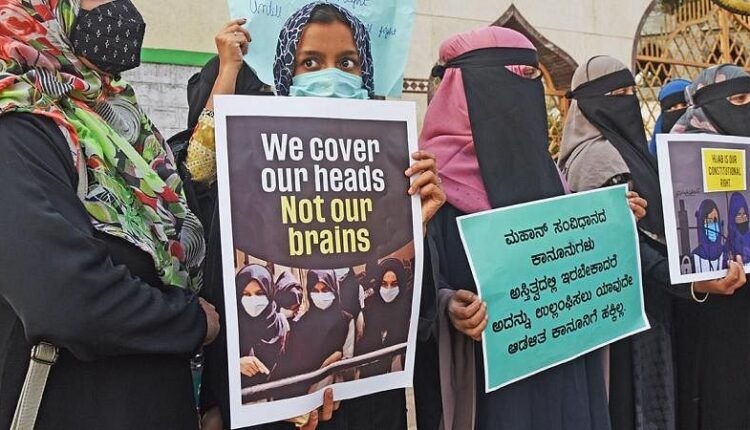 Section 144 Extended Around Schools, Colleges In Bengaluru Over Hijab Row

Bengaluru: The prohibitory orders around schools and colleges in the city have been extended till March 8 by the Bengaluru police.

In the wake of pro-hijab and anti-hijab protests, the restrictions under Section 144 of the CrPC were imposed in Bengaluru to prevent any untoward incident.

“Whereas, since the [Hijab] issue is still alive and possibility of holding protests, for and against the same in Bengaluru city cannot be ruled out, it is considered appropriate to extend the aforementioned prohibitory order issued u/s 144(1) of CrPC of 1973, for another two weeks to restrict any gathering, agitation or protest of any type around the schools, PU colleges, degree colleges or other similar education institutions in Bengaluru city,” the order stated.

As per the order, gatherings, agitations or protests of any kind are prohibited within a 200-metre radius of the gate of a school, college or educational institution in Bengaluru.

On Saturday, the Dakshina Kannada district administration also extended prohibitory orders around the schools and colleges of the district till February 26.

A three-judge bench of the Karnataka High Court is set to resume hearing petitions challenging the state government’s new uniform rule, which prevents the wearing of hijab (headscarves) inside schools or colleges.