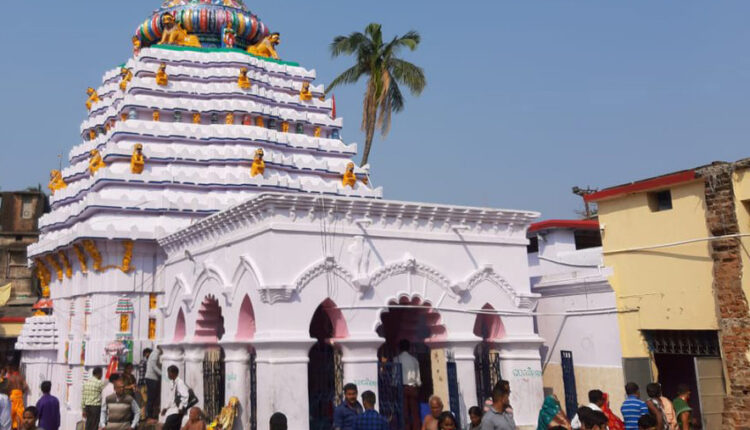 Bhadrak: The district administration here has imposed prohibitory orders under Section 144 of CrPC around the premises of Baba Akhandalamani Temple, and Shiva Ganga Tank, Aradi here till November 30.

In an order, Bhadrak Sub-Collector said, “Kartik Purnima/ Rasha Purnima festival is approaching and people are usually observing Panchuka in different Shiva temples. It is a well-known fact that ” Boita Bandam Utsav” is usually observed in the Shiva Ganga Tank of Lord Akhandalamani on the day of Kartik Purnima which may endangered gathering of devotees, pilgrims, and general public.”

Keeping in view, following restrictions have been issued in and around Baba Akhandalamani Temple, and Shiva Ganga Tank, Aradi till November 30.

• Only one Sevayat/Servitor is allowed to perform the rituals (Nitikanti) of the deity in Temples & no devotee is allowed.

• There shall be no use of public address system.

• Every person shall maintain the social distance with use of mask as stipulated in “The Odisha COVID-19 Regulations 2020” and guidelines thereof.

This order shall come into force with immediate effect and any persons violating these measures will be proceeded against in accordance with the provisions of Section 51 to 60 of the Disaster Management Act 2005, the Epidemic Diseases Act, 1897 and Regulations issued there under besides legal action under Section 188 of the IPC and other legal provisions as possible, the order mentioned.

Woman hacked to death by brother in Nayagarh