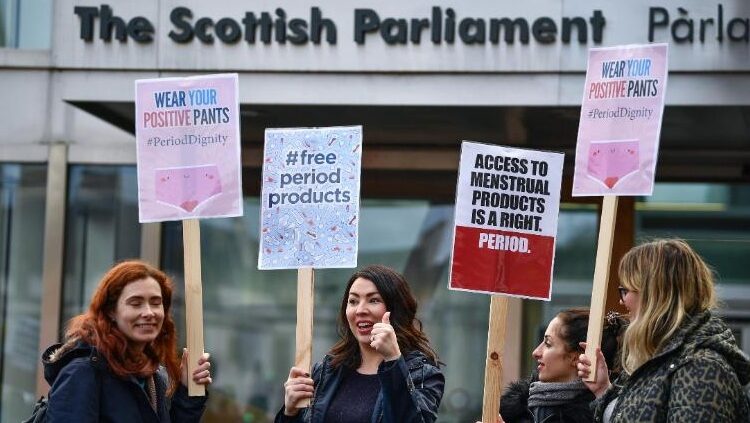 Edinburgh: Scotland has become the first country to allow free and universal access to menstrual products, including tampons and pads, in public facilities, a landmark victory for the global movement against period poverty.

The Scottish Parliament voted unanimously in favor of the Period Products bill on Tuesday, months after lawmakers had initially signaled their support.

With this new bill, called the Period Products (Free Provision) Scotland Bill, tampons and sanitary pads will be available free of cost at designated public places such as community centres, youth clubs and pharmacies. According to Reuters, the estimated annual cost to taxpayers will be 24 million pounds (Rs 2,36,51,54,024).

Reportedly, the bill was passed unanimously, and First Minister of Scotland Nicola Sturgeon called it “an important policy for women and girls.”