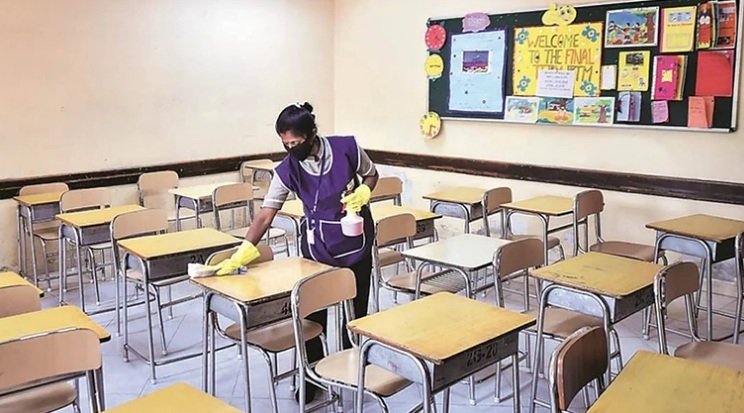 Schools In Maharashtra To Reopen From January 24

New Delhi: The Maharashtra government on Thursday announced that it will reopen schools for students of Classes 1-12 from January 24.

The decision was announced by the state School Education Minister Varsha Gaikwad after a cabinet meeting today.

She also informed that the state government has decided to open pre-primary schools from January 24.

“The department has included pre-primary schools in its proposal along with Classes 1 to 12, for reopening from January 24 by strictly following Covid norms and standard operating procedures in areas where the number of cases are low. Besides, parents’ consent is necessary. As decided earlier, the local administration will plan on allowing offline classes in phases, or on alternate days, or with attendance of students with 50 per cent or full capacity. The objective is that the students should get offline education and it should become an interactive exercise,” she noted.

Parents Association and many Ministers had submitted proposals to CM Uddhav Thackeray and his office to consider the reopening of schools as students were facing massive learning losses.

Schools were closed in the first week of January amid rise in coronavirus cases and in the wake of the emergence of the Omicron variant.

With TPCODL electricity distribution services have come closer to public