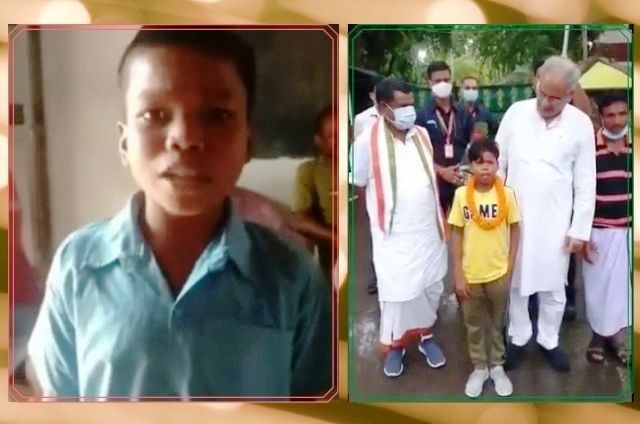 A schoolboy from Chhattisgarh singing “Bachpan Ka Pyaar”, standing in the classroom wearing a blue shirt, has won the hearts of many. Nothing can be anticipated as to what can hold eyeballs on the internet and go viral overnight.

The video was originally shot in 2019 in the boy’s classroom and recorded by his teacher. In the clip, the boy, identified as Sahdev Dirdo, singing “Bachpan Ka Pyaar”, is going viral across social media platforms.

The song surfaced online and became an instant social media trend. It caught more eyeballs after rapper Badshah came up with his own remix of the boy’s ‘Bachpan Ka Pyaar’.

The video went so viral that it has now become a popular reel audio making even the TV celebs share some fun reels on it. Comedians Bharti Singh, Krushna Abhishek, Sudesh Lahri also shared a post

At this time on social media, there is only one song on everyone’s heart and mind and that is ‘Bachpan ka 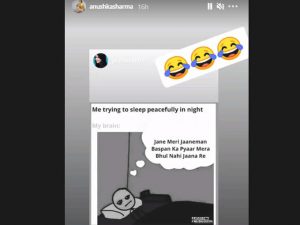 pyar mera bhool nahi jana re’. Even celebrities are unable to stop themselves from posting posts on social media regarding this song. Like the rest, this song of 12-year-old Sahdev Dirdo has made Anushka Sharma sleepless.

Anushka has also posted a meme on Instagram Story. Anushka has told how this song has made her sleepy. In this post there is a cartoon of a person who is seen sleeping on the bed. It is written on it – I am trying to sleep peacefully at night, but it is going on in my mind – Jane meri janeman, baspan ka pyar mera bhul nahi jana re”.

The name of the original song is “Bachpan Ka Pyaar Jaanu Bhool Mat Jaana”, which was released in the year 2018. On YouTube, this song has almost 2.5 million views. However, after the child sung it, this song became sensational. Even when it was first released, this song did not have the same level of popularity as it does now.

Happy Birthday Karan Johar: Songs From His Movies You…