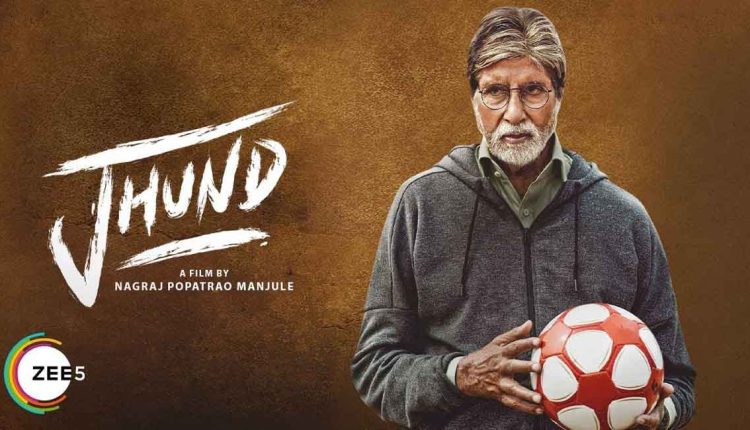 New Delhi: The Supreme Court on Thursday refused to halt the streaming of Amitabh Bachchan-starrer Hindi movie ‘Jhund’ on the Over the Top (OTT) platform.

The film had landed in a soup after Hyderabad-based filmmaker Nandi Chinni Kumar alleged copyright violation. Amid trouble with the film’s streaming on OTT, a bench headed by Justice L Nageswara Rao directed the High Court to consider the revision petition filed by Kumar.

The bench also said that the order of the top court dated May 5, 2022, would continue and direct the High Court to consider the revision petition.

On April 29, the High Court in its interim order had ordered the status quo relating to the release of the movie on OTT platforms. The order was passed on the plea filed by Kumar who alleged copyright violation by the makers of ‘Jhund’.

Kumar then approached the High Court challenging the trial court’s order and on April 29, the interim order was passed.