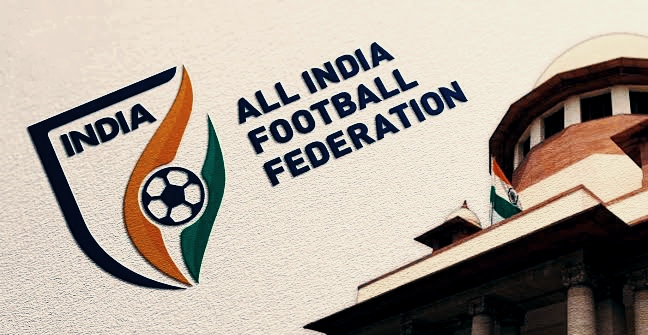 New Delhi: After the international football federation (FIFA) recently slapped a ban on the All India Football Federation (AIFF) because of ‘third-party interference’, the Supreme Court on Monday ordered the dissolution of the Committee of Administrators (CoA). The order is being passed in expectation that FIFA will revoke suspension of AIFF, and the Under-17 Women’s World Cup will be held in India, the top court said.

In a hearing today, AIFF proposed that its administration and management should be conducted by a duly elected body but not in any case by a third party (i.e. the Committee of Administrators, or CoA), and hence the tenure of the CoA should be over.

“Suspension of AIFF is disastrous for the entire nation and all football players,” Solicitor General Tushar Mehta, appearing for the Centre, told the Supreme Court.

FIFA had cited “undue influence from third parties” in its suspension order. It also said the U-17 Women’s World Cup, scheduled to be held in October this year, “cannot currently be held in India as planned”.

The Centre has urged the Supreme Court to end the tenure of the Committee of Administrators (CoA) and direct that the day-to-day management of the All India Football Federation shall be looked after by the AIFF administration led by the acting Secretary General. It also asked the top court to start the election process ‘de novo’ (from the beginning).

On August 14, Indian football suffered a big blow as FIFA suspended AIFF with immediate effect due to “undue influence” from third parties. This was a reference to the fact that the Supreme Court relieved NCP MP Praful Patel from his post as AIFF president on May 18 as elections hadn’t been conducted even as he served three terms of 4 years each at the helm of affairs. Moreover, it appointed a Committee of Administrators consisting of former Chief Election Commissioner SY Quraishi, Justice (retd) AR Dave and former Indian football team captain Bhaskar Ganguly to manage the AIFF.

Lady Software Engineer Suicide: Sweta ended her life after being blackmailed by boyfriend!