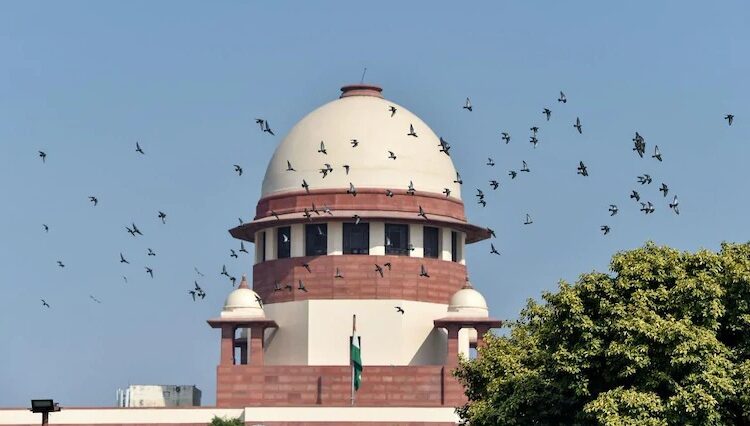 New Delhi: The Supreme Court while hearing a series of petitions on the farmers’ protest issue said it would refer the matter to a vacation bench and suggested that the government not take any action to implement the law till the court takes a final decision on the issue.

Supreme Court on Thursday asked the Centre to consider putting the controversial farm laws on hold for now while postponing the matter for further hearing as the farmer unions were not present at the hearing. The court once again proposed former a committee with farmers and government to resolve the deadlock.

During the hearing, the Supreme Court bench again reiterated, “We are thinking of setting up an impartial and independent panel of agriculture experts and farmer unions to resolve the impasse on farm laws.”

The court then went on to suggest that the protest can continue in a peaceful manner while the proposed committee can hold talks with the Centre to resolve the deadlock over the three farm laws.

Attorney General KK Venugopal, who was representing the government, said he get back to the court on the issue after discussion.

Senior advocate Harish Salve, who was representing one of the petitioners, said “Protests cannot be just for protest, but to articulate point of view,” the court said, “That is exactly what we mean”.

Former Union Minister P Chidambaram, who was representing the Delhi government, said, “If you make so many amendments, the original law is untraceable. The farmers say this law is not acceptable. So bring a new law and let parliament discuss”.

The Supreme Court, which was hearing a bunch of petitions for and against the protest, said, “we recognise the fundamental right to protest against a law. There is no question of balancing or curtailing it. But it should not damage anyone’s life or property”

The Centre, however, said that the protest must stop as after 21 days of the blockade on Delhi borders, there have been immense losses while the threat of coronavirus spread still looms large as the protesters are huddled up together.