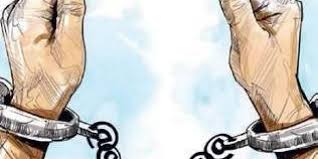 Riyadh: A Saudi woman has been sentenced to 34 years in prison, reportedly the longest ever given to a women’s rights activist.

According to reports, a Saudi terrorism court has convicted a women’s rights activist to 34 years in prison, accompanied by a 34-year travel ban because of tweets she posted hailing basic rights in the country.

Salma al-Shehab, mother of two and a resident of the United Kingdom, was on a holiday trip to Saudi Arabia. Days before she could return, she was detained.

“In January 2021, the mother of two young boys, aged 4 and 6, was detained while on vacation in Saudi Arabia days before she had planned to return to her residence in the United Kingdom, where she was a PhD candidate at the University of Leeds. Salma comes from the Shia Muslim minority, who have long-faced discrimination in Saudi Arabia,” the statement reads.

The arrest came after Salma supported women’s rights activist Loujain al-Hathloul and called for her freedom on her social media account. Salma was originally sentenced for 6 years, which got raised to 34 years during the appeal.

‘Support Importance of Press Freedom’: US on BBC Documentary Ban in India