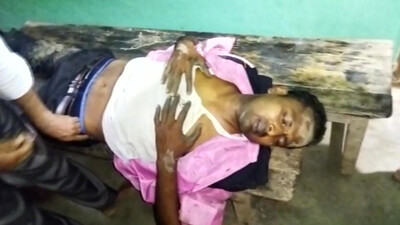 The incident came to fore after the victim, Amiya Ranjan Sahu was rescued from a nullah in a critical condition near Arjunpur Bank-gada late last night.

Sahu was rushed to the Kendrapara hospital for treatment and then shifted to the SCB Medical College and Hospital in Cuttack after his health condition showed signs of deterioration.

Police team hurried to the spot to pacify the enraged supporters of Sahu.