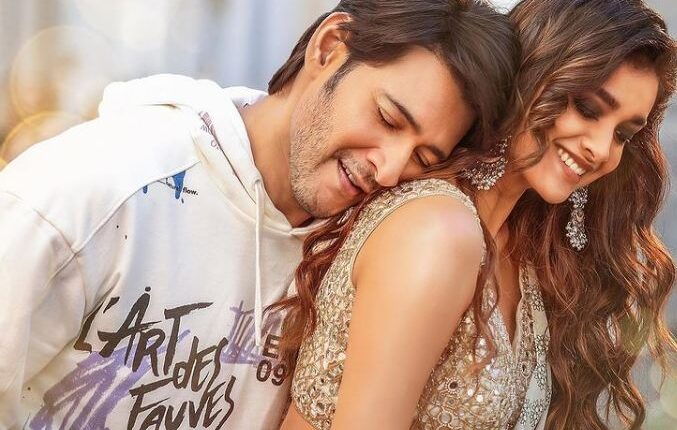 Mumbai: Mahesh Babu’s nephew and son of actor Sudheer Babu and Priyadarshini Ghattamaneni, Darshan, is all set to appear in the upcoming movie ‘Sarkaru Vaari Paata’.

Meanwhile, the latest poster of Sarkaru Vaari Paata gives you a fresh romantic look of Mahesh Babu and Keerthy Suresh together.  In a glitzy saree-like attire, Keerthy Suresh looks beautiful, as Mahesh Babu, leans on her. Mahesh Babu’s trendy attire and his super cool looks stand as the highlight in the poster. Hinting at the cute love tale between the pair, the makers are to unveil the first single, which is tilted Kalaavathi, which is apparently Keerthy Suresh’s name in the upcoming commercial drama.

On the other hand, ‘Sarkaru Vaari Paata’, the movie is in its final leg of shooting. Keerthy Suresh is the lady love of Mahesh in this movie, which has Thaman’s music. Samuthirakani, Vennela Kishore and Subbaraju will also be seen playing pivotal roles in this flick. Billed as a commercial drama, ‘Sarkaru Vaari Paata’ will release in theatres on May 12, 2022. The technical crew of this film included S Thaman for music, R Madhi for cinematography and Marthand K Venkatesh for editing.