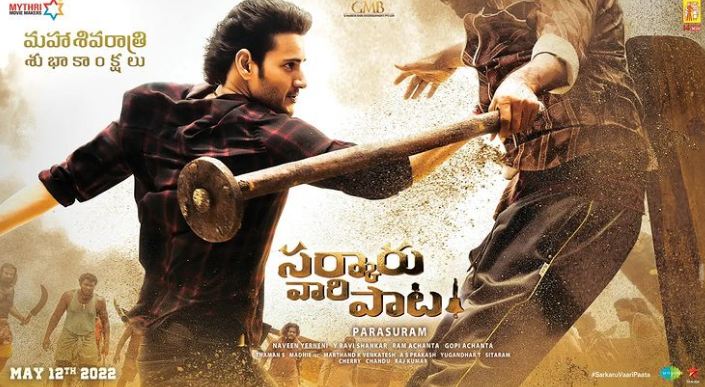 Mumbai: The makers of Mahesh Babu and Keerthy Suresh starrer ‘Sarkaru Vaari Paata’ have released a new poster for the film on Mahashivratri.

Taking to his social media handles, Mahesh babu share the poster and wrote: “Wishing you all a happy #MahaShivaratri! May the ever benevolent Lord Shiva bring strength and abundance! Let good conquer all evil! “🙏

Sarkaru Vaari Paata stars Mahesh Babu and Keerthy Suresh in the lead roles.  The film is written and directed by Parasuram.  Naveen Yerneni, Ravi Shankar, Ram Achanta and Gopichand Achanta produced the film under the banners of Mythri Movie Makers and 14 Reels Plus.  Mahesh Babu is also a part of the production with GMB Entertainments.  Thaman S composed the music.  The film is going to be released on 12th May, 2022.