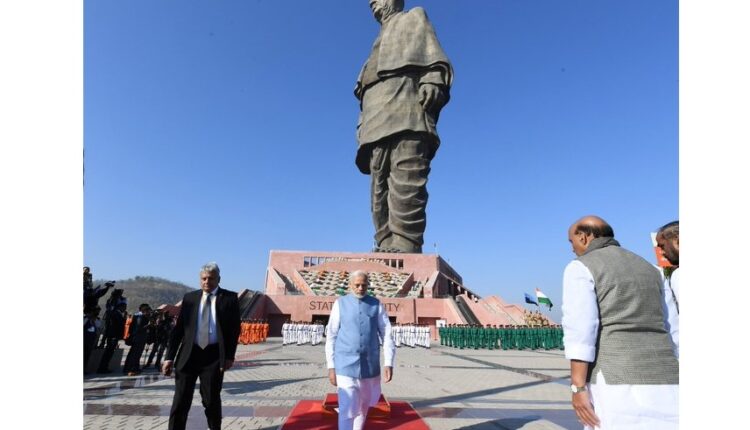 Paying tributes to Sardar Vallabhbhai Patel on his death anniversary, Prime Minister Narendra Modi on Tuesday hailed him as the “iron man” who laid the foundation of a strong and prosperous India.

Ahead of his Gujarat visit, PM Modi tweeted in Hindi: “Tribute to Iron Man Sardar Vallabhbhai Patel, who laid the foundation of a strong and prosperous India, on his death anniversary. The path shown by him will always inspire us to protect the unity, integrity and sovereignty of the country.”

Sardar Vallabhbhai Patel was one of those leaders who are remembered for their selfless service to the nation. Born on October 31, 1875, he not only played a crucial role in India’s freedom struggle but also a much more instrumental role after the Independence.

A lawyer by profession, Patel was an ardent supporter of Mahatma Gandhi. His relationship with Gandhi got deeper during the Kheda Satyagraha in 1918, which was started to seek exemption from payment of the land revenue assessment since the crops had failed.

Patel, a freedom fighter who became India’s first home minister and deputy prime minister, is credited with unifying hundreds of princely states with the Union of India following independence through a mix of persuasion, dialogue and even use of force when required.