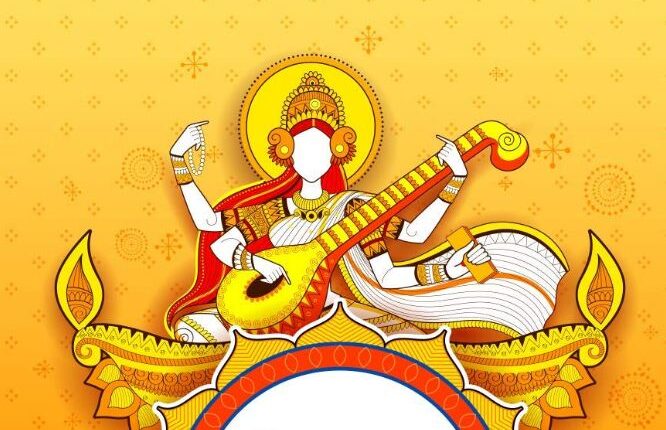 Bhubaneswar: Dedicated to Goddess Saraswati, Basant Panchami marks the beginning of the Spring season in India.

The auspicious date for this year’s festival is 16 February. According to Hindu beliefs, it is believed that on this day Goddess Durga gave birth to Goddess Saraswati, who is considered the goddess of knowledge, art and music.

Devi Saraswati is the Goddess of knowledge, music, learning and arts. Saraswati is the wife of Brahma, who created the universe. It is believed that without Saraswati the world would be shrouded in ignorance, as she is the one who represents enlightenment. Basant Panchami is celebrated on the fifth day (Panchami Tithi) in the Hindu month of Magha, Shukla Paksha.

Goddess Saraswati is the one who gives us wisdom. Basant Panchami is also when the Spring season begins in India and the mustard flowers bloom. It is the colour yellow which is associated with the festival, and entire fields of mustard flowers resemble beds of yellow flowers when in full bloom. People wear yellow coloured clothes and also eat food that has the colour yellow in it (like khichdi). Goddess Saraswati’s idols are covered in yellow sarees as it is believed that it is one of her favourite colours.

Basant Panchami is the time when people start giving the first lessons on education to their children. This custom is referred to as Vidyarambam. It is also known as Aksharabhyasam.