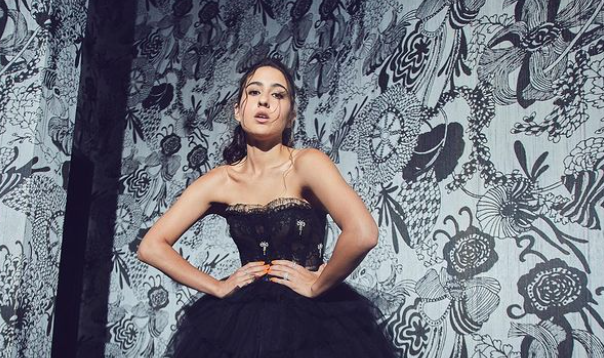 New Delhi: Sara Ali Khan is one of the most-loved actresses in Bollywood currently. She made her debut with the romantic drama Kedarnath co-starring Sushant Singh Rajput and the action comedy Simmba with Ranveer Singh in the lead. The actress is an active social media user and often shares pictures of herself.

Now Sara Ali Khan shared a new set of pictures and captioned it: “When @rohanshrestha asks me to be myself. And then says ok.. a little less. And then we pose.”

On the work front, Sara will be next seen in Laxman Utekar’s upcoming untitled film with Vicky Kaushal. It is touted to be a romantic comedy and this movie will mark her first project with the Uri: The Surgical Strike actor. She is also a part of Gaslight with Vikrant Massey and Chitrangada Singh. It is directed by Pawan Kriplani.