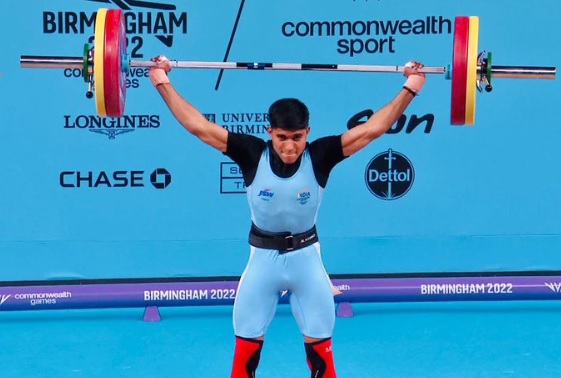 Weightlifter Sanket Sargar, who won India’s first medal at the Commonwealth Games 2022, has undergone elbow surgery in the UK.

Sanket Sargar won the silver medal in the men’s 55kg weightlifting category despite sustaining an injury during his second clean-and-jerk effort, which left him unable to complete his last two lifts.

The 21-year-old Indian weightlifter, who was making his CWG debut in Birmingham, even received his silver medal on the podium with his right hand in a sling.

Post the event, Sargar was advised surgery by doctors and he stayed back in the UK to go under the knife. The cost of the surgery was borne by the Indian government.

“Sargar, who won a silver in the Commonwealth Games 2022, on his maiden participation in the games, sustained an elbow injury during his medal-winning lift. He was given immediate medical

Sanket Sargar holds the national record of 256kg for total lift in the men’s 55kg category (256kg). He had also lifted 113kg in the snatch section at CWG 2022, which was a new national record in snatch.

Hailing from Sangli, Maharashtra, Sanket Sargar was one of the 10 Indian weightlifters who medalled at the recently-concluded Commonwealth Games 2022 held in Birmingham.

Indian athletes won a total of 61 medals, including 22 gold, 16 silver and 23 bronze, at Birmingham to finish fourth on the Commonwealth Games 2022 medals table behind Australia, hosts England and Canada.