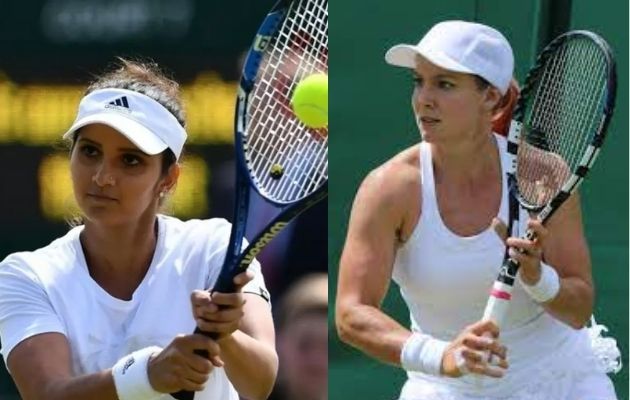 Star Indian player Sania Mirza and her American partner Bethanie Mattek-Sands on Saturday were knocked out of the ongoing Wimbledon Championships.

Sania and Mattek-Sands lost to the Russian pairing of Elena Vesnina and Veronika Kudermetova in straight sets 4-6, 3-6.

As Sania and Mattek-Sands pair bowed out of the tournament, riding on the winning momentum, Kudermetova and Vesnina clinched the second set quite easily.

Meanwhile, Sania along with her mixed doubles partner Rohan Bopanna will face Aidan McHugh and Emily Webley-Smith in the second round of Mixed Doubles later in the day.

Sania and Bopanna had defeated Ankita Raina and Ramanathan in two straight sets 6-2, 7-6 in the first round.