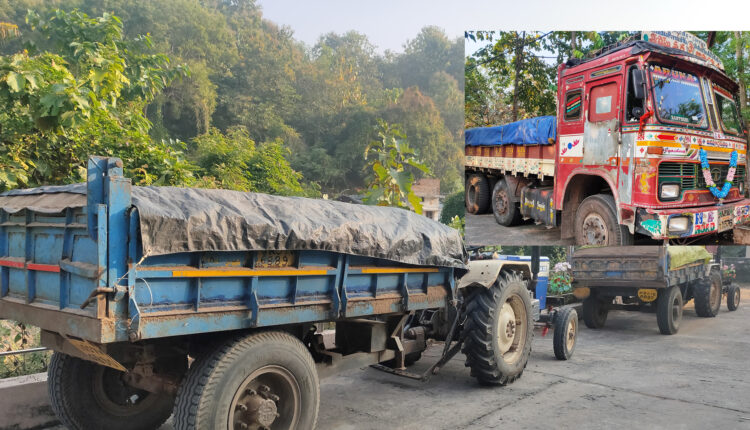 Hinjlikatu: As many as three tractors and a truck involved in sand smuggling were seized during a joint raid by police and Revenue officials at Sikharpur area in Ganjam district.

Reportedly the truck hails from Andhra Pradesh, while other vehicles are of the same locality.

Acting on a tip-off, the team raided the area and caught the sand mafias red-handed. The cops also seized vehicles involved in the illegal sand lifting.

“Such raids will continue in the future,” said Tehsildar Parida.

Meanwhile, alert locals have demanded strict action against the sand mafias. Due to an unholy nexus between some officials and the mafias, illegal sand lifting is going unabated in the locality, sources said.

Earlier, the locals had set a truck on fire which was involved in sand smuggling. Following the incident, police had lathi-charged the locals.

Ganja Plantation Worth Over Rs 16 Cr Destroyed In Gajapati