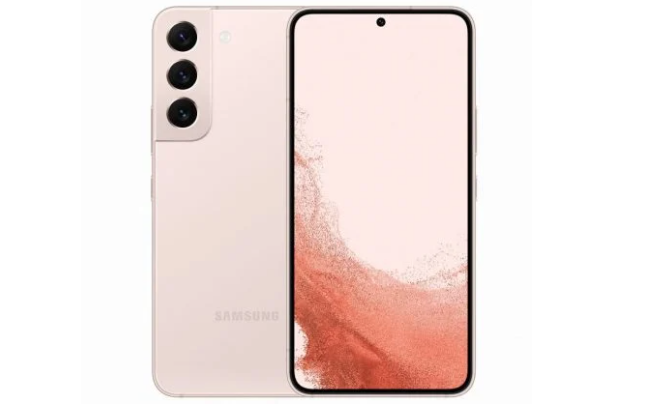 New Delhi: Samsung has launched a new colour option for Galaxy S22— Pink Gold. The flagship smartphone from Samsung has launched only a few months ago in three colour different colour options. The Samsung Galaxy S22 will now be available for purchase in the Pink Gold colour variant. The handset was available only in three colour variants until now — Green, Phantom Black, and Phantom White colours. The new Pink Gold shade can be bought from leading retail outlets as well as from its online store of Samsung.

The Galaxy S22 Pink Gold colour option comes in an 8GB + 128GB configuration and is priced at ₹72,999 in the country. It is already available for purchase via Samsung Store and other retail channels.

As a launch offer, Samsung is offering Samsung Galaxy Buds for just ₹2,999 on the purchase of a Galaxy S22. Also, buyers can avail of a flat ₹5,000 cashback with HDFC Cards and Samsung Finance+.

In terms of specification, the Samsung Galaxy S22 runs on Android 12 with One UI 4.1 on high. It comes with a 6.1-inch full-HD+ Dynamic AMOLED 2X Show that helps a variable refresh charge of 48–120Hz and is protected by a Gorilla Glass Victus+ panel. The flagship cellphone from Samsung is powered by a 4nm octa-core Snapdragon 8 Gen 1 SoC, together with 8GB of RAM as normal.

Samsung Galaxy S22 homes a 3,700mAh battery that helps as much as 25W wired and 15W wi-fi charging. The cellphone additionally has Wi-fi PowerShare for charging different gadgets which have wi-fi charging assist.

Elections For 57 Rajya Sabha Seats On June 10; 3 Seats In Odisha To Go To Polls

Delicious Seasonal Fruits You Must Try