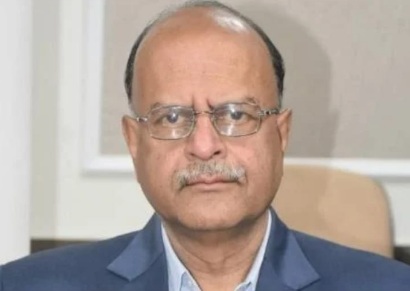 Sambalpur: Vice Chancellor of Sambalpur University and two other employees of the varsity have been booked for allegedly abetting the suicide of a contractual employee, Dinabandhu Mishra.

According to reports, Burla Police Station has booked Sambalpur University VC Sanjeev Mittal, hostel warden Biswajit Satapathy and PEO Avinash Kar under Sections 306/34 of the IPC after the son of the deceased lodged a written complaint today.

As per the complaint, Dinabandhu Mishra was working at Sambalpur University as a contractual Technical Assistant for the last 27 years. He has repeatedly demanded regular employment and also availed supportive orders from the High Court three times, but the authorities paid no heed to regularise his job.

The deceased’s son Abhishek Kumar Mishra has brought serious allegations against the authorities of the varsity. He alleged that his father was subjected to humiliation repeatedly as he had exposed illegal activities going on in the varsity.

Abhishek also alleged that, in a brief meeting on Tuesday (April 20) morning, his father was again humiliated by the VC with abusive language, which was unbearable to him leading to his suicide.

Deenbandhu attempted suicide by dousing himself with petrol near the conference room in front of the Vice Chancellor’s office on Tuesday, demanding regularization of job and minimum wages. He died near Angul while being shifted from Sambalpur to Cuttack in critical condition.

Following Dinabandhu’s death, scores of people including the bereaved family members and temporary staff staged a demonstration by placing Deenbandhu’s body in front of the university’s administrative block.

They raised slogans against the VC for several hours demanding strict action against all those responsible for Deenbandhu’s death.

Meanwhile, Rairakhol legislator and deputy chief whip of the ruling party Rohit Pujari, has demanded compensation for Deenbandhu’s family and a job for one of his family members at the university.

On the other hand, Bargarh MP Suresh Pujari has written a letter to Odisha Governor to order a free and fair probe into the issue in order to provide justice to the bereaved family of deceased Dinabandhu Mishra.

Moreover, the Sambalpur University Teachers Association (SUTA) has expressed deep grief on the tragic demise of Dinabandhu Mishra. They said that Mishra’s “drastic step is certainly a culmination of years of injustice and his unfulfilled expectations from authorities” and is ” certainly a matter of impartial investigation”.