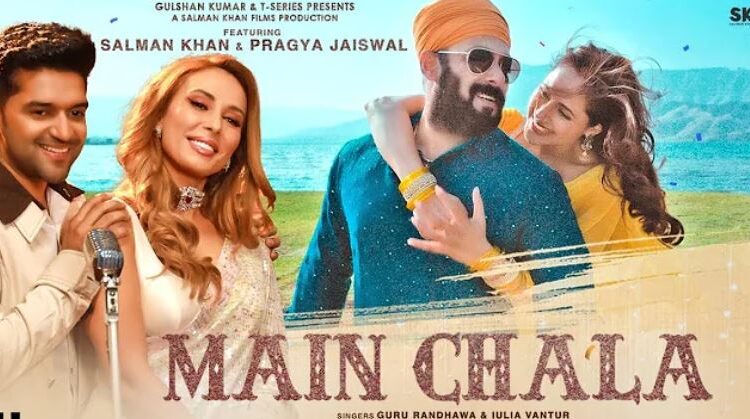 Mumbai: The romantic single ‘Main Chala’, performed by Guru Randhawa and Iulia Vantur has been released on Saturday. Starring Salman Khan and Pragya Jaiswal, the music video has been directed by Shabina Khan and Director Gifty. The ballad has been composed and written by Shabbir Ahmed.

In the three minutes video, Salman was seen sporting a bearded look with long hair romancing Pragya Jaiswal. While Guru Randhawa was all suited up for the romantic number, Iulia Vantur’s soulful voice struck the right chord with millions of hearts.