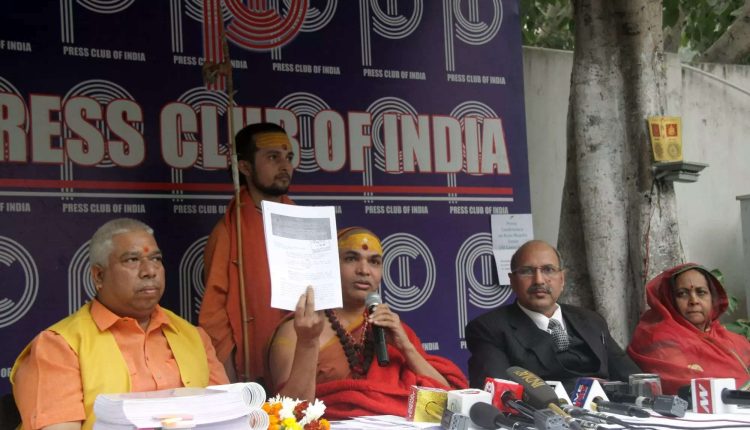 Lucknow: Days after Prime Minister Narendra Modi advised the BJP workers to refrain from making unnecessary remarks on movies, saints attending the ‘Magh Mela’ in Uttar Pradesh’s Prayagraj have set up a ‘dharam (religion) censor board’ to check ‘defamation’ of Hindu Gods and Goddesses in films, documentaries and web series running on OTT platforms.

Shankaracharya Avimukteshwaranand Saraswati will head the 10-member censor board.

Speaking after his appointment, Shankaracharya Avimukteshwaranand Saraswati said that the ‘censor board’ would ensure that the movies and other entertainment stuffs should not the culture of Hindus and dieties.

He categorically stated if any film or web series is found to be insulting Hindu deities, the board would ensure that the production of the films, series and serials be stopped. He said that distortion of Sanatan culture for cheap popularity would not be tolerated.

The censor board will be meeting the people of the entertainment industry and urge them to ensure that Hindu Gods and Goddesses are not insulted in films and other mediums.

While addressing the BJP national executive on January 17, 2023, PM Modi suggested party workers’ statements on irrelevant issues such as movies put the party’s development agenda on the back-burner.

The powerful MP minister had warned the Pathaan makers to “correct” some scenes otherwise the state government would consider what to do about its screening.

Keonjhar: Gang rape victim “made to wait in police van for 12 hours” for medical examination