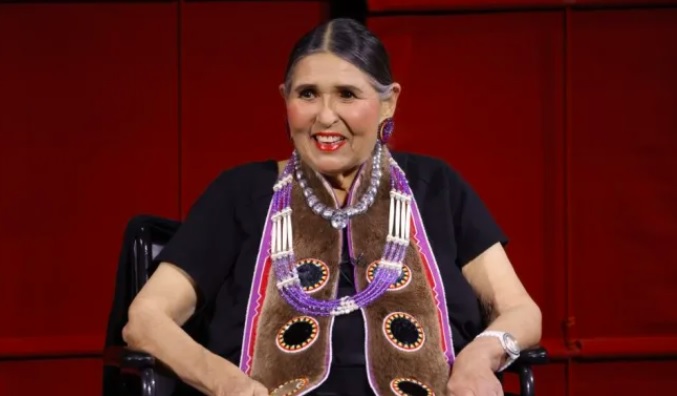 According to reports, Littlefeather died on Sunday at her resident in Novato. She had developed stage 4 breast cancer in 2018.

Born Marie Louise Cruz in Salinas, California, to a Native American father (Apache and Yaqui) and European American mother in 1946, Littlefeather became interested in Native American issues in college and participated in the 1970 occupation of Alcatraz Island, adopting her name during that time.

After college, she joined the Screen Actors Guild (SAG) and reportedly met Brando, who took an interest in Native American issues, through his “The Godfather” director Francis Ford Coppola who, like Littlefeather, lived in San Francisco.

In 1973, Littlefeather stood on the Academy Awards stage on behalf of Brando to speak about the depiction of Native Americans in Hollywood films. Littlefeather, wearing buckskin dress and moccasins, took the stage, becoming the first Native American woman ever to do so at the Academy Awards. In a 60-second speech, she explained that Brando could not accept the award due to “the treatment of American Indians today by the film industry.