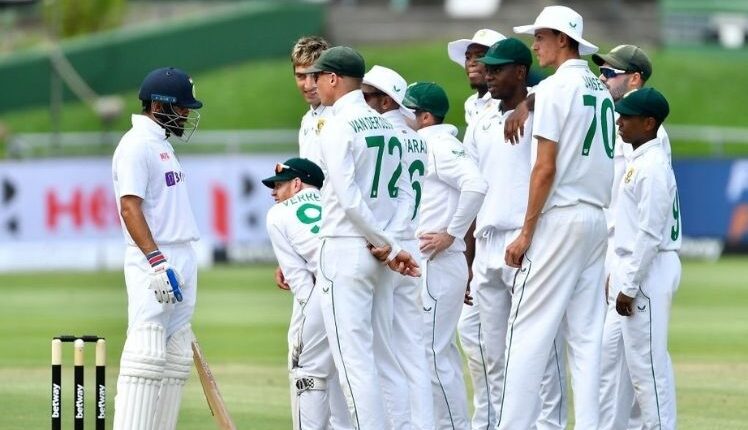 Cape Town: Targeting to clinch the Test series, the Indian batters again failed to achieve a competitive total against Sout Africa on Day 1 of the third Test at the Newlands Stadium in Cape Town.

As the visitors suffered yet another batting collapse, Indian captain, Virat Kohli fought till last, who dismissed on 79.

Kohli was the lone fighter for India as the touring side was bowled out for 223 runs in the first innings.

At Stumps on the first day of the final Test, South Africa were at 17/1, trailing India by 206 runs.

Cheteshwar Pujara and Rishabh Pant got good starts but they failed to convert them into big scores.

Pujara scored 43 and stitched a for a 59-run third-wicket stand with Kohli while Pant added 51 runs with the captain for the fifth wicket.

However, it was a poor show from Ajinkya Rahane yet again as the middle-order batter added only 9 runs to the Indian total.